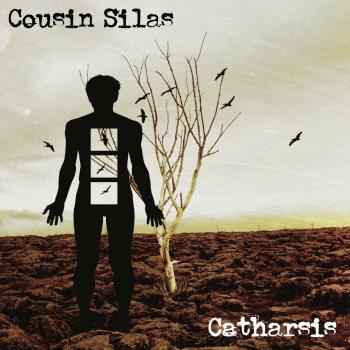 Cousin Silas’ "Catharsis" has the novelistic detail engrained in its title already, and the focus on tranquility and placidity is equally open to scrutiny. But the actual work, meaning the 9 drone-based guitar soundscapes, resides in the tropopause, with all its glucans, vesicles and fermions equally touched by light and liquid. The former is not always transparent, the latter not necessarily prone to serve as an amniotic compound of enlightenment. In fact, "Catharsis" is surprisingly keen on targeting obliquity more than anything else. It sits between the poles. It embraces cenobitism only to then refer to its dissociation, venturing into areas and ancillary routes that are unexpectedly far away. It is the nutraceutical light that helps the listener and brings him or her back into the figurative spot. Despite the occasional touch of dreamy mysticism, there is never an "ignis fatuus" or friar’s lantern to be encountered, the traveling subject isn’t trapped. It is just the chirality that makes one think so from time to time, that is the asymmetry between the original artistic thought and the mirrored guitars that are telling stories.... tales.... dreams.....

all the tracks are written, played and composed by David Hughes aka Cousin Silas

The Beginners Guide To Looping
2015