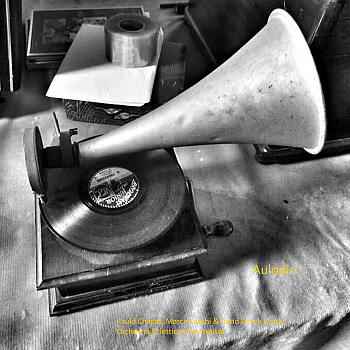 “In 2013 I asked Paulo Chagas (a valent portuguese reeds player and composer) for a couple of modal tracks for oboe.
First I recomposed the last two works of the album (‘Aulodia’ and ‘Aulos’), then I asked my son Dario Derek to play with me on both.
Fellow musicians, friends and collegues provided the reworks. I assigned the various compositions to the moniker ‘Orchestra Eclettica e Sincretista’.
‘O.E.S’ is an ensemble of artists and musicians from all over the world working since 2003 on specific projects usually started up by me.
We worked on music by Simon Jeffes, Toru Takemitsu, Brian Eno and Moondog, for instance,
and original compositions by the members of the collective.”
(Marco Lucchi)