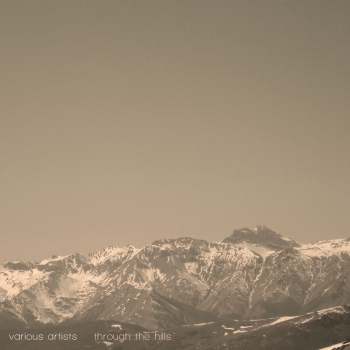 Post Global Recordings is offering to its audience a wide-ranging, yet cohesive compilation in celebration of two years of a rather impressionistic existence. The label roster grew bigger, and we are happy to announce some new artists appearing for the first time on our label. The compilation also contains tracks from some previously signed artists as well. It presents the sound and the concept of the label in a most consistent way, ranging from the slowest drones, through raw field recordings, to the deepest ambient. It's the styles and aesthetic the label is known for and it has been building it up in the previous releases.

Our first compilation features the following artists: AGF, with her crackling way of walking through the woods; Amplidyne Effect - a rather majestic ambient composition, with a strong atmospheric undercurrent (sleep music?); Bluhm, a duo of Tim Martin (aka Maps & Diagrams) & Genoveva Kachurkova (vocals), a quite dark exploration of the expressionistic depths of the inner self; Dimitar Dodovski, an ambient/techno producer, offering a sparse vision of the outer dimensions of the human being, resembling the mood of his last-year album 'Rivers'; Emmerichk, known for his dub techno/minimal excursions on the Tropic Netlabel, is presenting here a mighty and deep immersion between the emotional landslide and one's psyche; Maps & Diagrams is now on his more atmospheric side, with a track representing his affection for crispy clear Nordic ambience...; Mikael Lind comes the most close to the post classical style, delivering the sound with its beauty and a refined sense of aesthetic; Mnemonic45 aka Goce Gligurovski has developed a deeper and meaningful sound and music that is both touching and introspective at the same time; Olle Sjögren, like the others, stays closest to the ambient/drone style, with a rather short piece of mumbling ambience; Snufmumriko is significant for the distinctive use of field recordings, in the music that leaves the uttermost impression on one's inner being, as with all the music on the compilation.