Another Day, Another Way 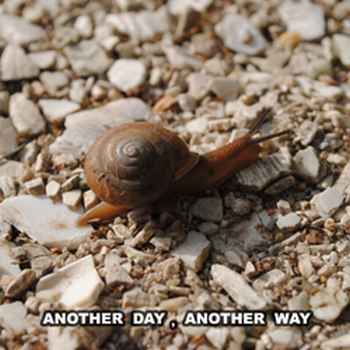 To celebrate fifty releases on No-Source Netlabel, we've compiled a new compilation consisting on No-Source artists, exclusive tracks, and upcoming bands from the net scene. "Another Day, Another Way" really shows off the sound that is No-Source, with quieter, acoustic driven music, and a good dose of electronics. The compilation kicks off with Multi-Panel's "Christmas with Mr. Rice." This is no holiday song though with washed out acoustics and electronics stuck in a reverb blender. "Prior To (alt. ver.)" is a previously unreleased version of "Prior To" that was recorded between the original 2004 version and the newer 2010 version of the track. Cocolixe provides a great new track with the downtempo electro-pop that is "Swing Low". Tardiss contributes "The Light Between," a track recorded around the time of last year's Blue and Death City Able releases. pEACEFANg shows off some synth work with a fantastic ambient piece that left off of his debut EP. Limited Taste creates a new piece of music by mashing up bits from four different Full-Source tracks (Daylights, Prior To (Now), Until Morning, and Island of the Sun, all from The Lantern, The Ghost, and the Sea). Naked House provides an excellent piano instrumental taken from his album Cough Cough / Naked House. MeDo's Little Trap makes some amazing experimental pop. Their track Lake can be found on their album Medicine Sound available on La b