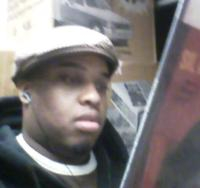 Dance With The God...

Originally from Luton, UK - now living in Massachusetts, USA - Tha Silent Partner’s discography is a true testament of his experimentation.

TSP’s releases range from house to ambient sound scape, sound fx, and straight up hip-hop. His material has been featured in a living art exhibit hosted in Boston by Opsound, used in a mmog movie and featured on an online newscast seen by 1000’s via youtube.