When There Is Only Light To Believe In/Hope For 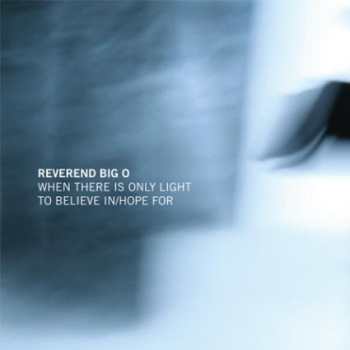 Often described as “Sweden´s slowest band”, this time Reverend Big O from Malmö explore the album formula rather than the pace. The album is put together as one long single breath and the idea that the whole is greater than the sum of its parts. The music is rooted in 90´s shoegaze sounds like Slowdive, My Bloody Valentine etc. as well as post-rockers like Godspeed You! Black Emperor and Explosions In The Sky.

The main contributors on this album are Nicklas Nilsson and Jörgen Dahlqvist. Nicklas is also a member of The Bell, a band with several releases in Europe and the U.S. Their music have attracted considerable attention and several of their songs have been heard in American TV-series like The Vampire Diaries, Jersey Shore etc. Jörgen Dahlqvist is artistic director for one of Sweden´s leading performing arts collective Teater Weimar, Dean of the theatre academy in Malmö 2009-2012. He was also co-founder of the legendary Swedish record label A West Side Fabrication in the late 80´s.