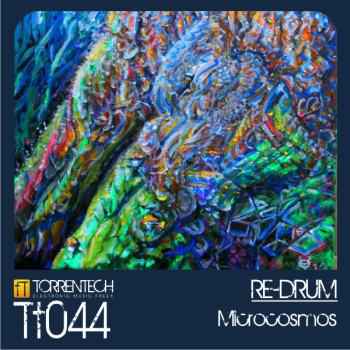 So I decided to re-release this after the label that previously released those tracks (TFE records) closed in Jan. 2012. I have never seen a penny of this (except 50€ for licensing Microcomos on this release). I don't care about the money, but we had a contract (you know the classic 50/50 split)... See this re-release as me saying fuck off!

I feel everything is moving so fast around me, my creativity is at his best but something is not right and I think it has to do with the Sun (it's a theory). I feel so different since this year (for the better), and I'm trying to build a different musical project. Still, I think it's one of my best, especially Microcosmos. The track is highly minimal but it has the depth I wanted (atmos/sub). It has some kind of natural repetition that I will keep for my future works. I'm also able to say the track I'm disliking the most atm is Relax... I think the track is too easy deep house. Anyway, enjoy this one, it's still FREE!

Maybe you already have listened to Microcosmos, but that doesn't matter at all... Good album such this is deserves to be re-released and heard again, possibly finding its path to some new admirers of Re-Drum's expression. This is the deepest deep house with dub elements you can imagine. 101% chilled and perfect for siesta. This music gives you the inner peace and it's even visually intensive: I can associate it very well with some dreamy natural paysages. If you missed this gem, it's not ever late finding it out...