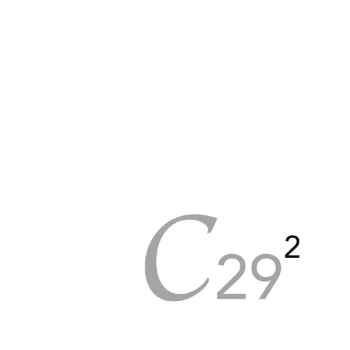 By way of providing some background and definition, a Constant is a longform, minimal drone that takes a less is more approach. The idea is to create the least possible ambient drone material necessary for listening. As Mystified, Thomas himself created the first Constant on Webbed Hand Records ( http://www.webbedhandrecords.com ). Other artists took up the challenge and began exploring the Constant theme. Over time, it has developed into a series of releases at Treetrunk.

Relationally speaking, the parallel path is the ideal one. Moving in parallel, the two paths remain constant, side by side, while an intersection denotes a brief meeting, followed by ever-diverging paths.

Although the paths of my music and Treetrunk Records intersected at Constant 14 and 23, destiny has forged a parallel path between my own Complex Silence Series and the Constant Series.

In honor of parallel musical paths, I've contributed a new long form piece to the Constant Series. The result is Constant 29 coupled with the release of another new longform track, Complex Silence 29. Thus, the two Series meet. Or perhaps better stated, they close a loop and form a musical continuum.

Both of these new pieces are soft, floating, and laden with harmonics and overtones. My suggestion is that you listen to them at low volume. Loop them. Let them play on the fringe of your hearing and create a warm cocoon of sound for you. Submerse yourself in the constancy and the complexity mingled with the silence." --pcw