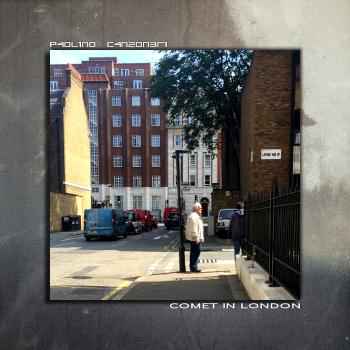 Comet in London is amazement and resignation from a second Journey after thirty years showing signs of aging on the impregnated skin;
Comet in London is assimilation, chaotic integration of world cultures nested in perpetual running for survival, to a physical space to breed;
Comet in London tells of dilated pupils, fascinating and eternal love, gentle gestures, heads down and concentration in the own universe, sitting in the subway, strategic masterpiece of mechanization civic of the progress and tax automation;
Comet in London is melancholy effort and decent recycling of music legends dignity present in a constant gloomy weather, taste bland as the daily food;
Comet in London is a misleading and claustrophobic dream steeped in music inaccurate, resigned and withdrawal, an irritating electric-atonal joke, a passing comet, a renewed desire to stay and never return.