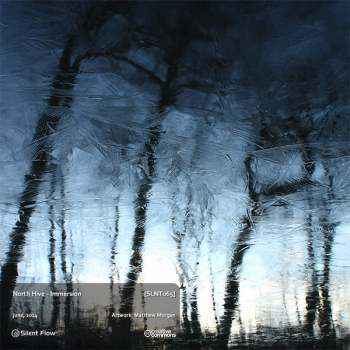 It unravels slowly in its title track opener with sounds recalling nature, looping and enveloping, repetition morphing into change, and — later — voices. Spring-like and peaceful.

"Immersion" fades into the meditative "Hyperborea", rippling waves of sound carrying the listener onward (and is that kittens I hear?). "Satellite" seems to depart from earth, off into space, more whirring and chaotic than the others, but chaos too is natural, perhaps the most natural thing of all.

"Larva" is the most unsettling piece here, as cavernous and creepy-crawly as one would expect from the title. It tumbles into "Serenity", which finishes the album. Much darker than Immersion began, the serenity here is touched with a bright piano and spacey twinklings in the background.

About: North hive - electro-acoustic project, founded on May, 2012 in Saint – Petersburg. The main idea is creation soundscapes of "artificial nature".