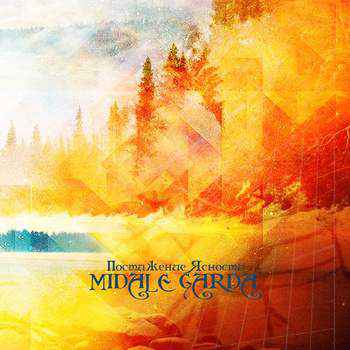 Anyone who likes to break the brain in the most unexpected places, I hasten to inform you that the name of the generated consciousness has nothing to do with reality.

1. Start the day ...
5:45 - Full breath yoga, meditation and the creation of the present day
5:50 - Bhastrika, entering into an altered state of consciousness to work out some moments of the day segodnyaschny.
5: 55- Vrikasana getting a steady state of today
6:10 - Pashimottanasana, change the steady state of today
6:20 - Matsiasana, an attempt to study the impact of today on an inverted perception of the world.
6: 25-Savasana, the transition from a state of altered consciousness in the day today.

2. Huang Dan Cong Dryer
The ruler of Zhao Bin, fleeing the troops of Kublai Khan, the son of Genghis Khan, took refuge near Mount Phoenix, in the district of Chao Zhou. In a long and full of excitement going ruler fell ill and only a few hours separated him from meeting with the god of death, Yanli - Wan, but fortunately, the peasants having heard about his ailment, decided to prepare a medicinal drink healing of one hundred diseases and supporting youth, beauty and strength. Lying in the shadow of tea tree, at the foot of Phoenixes emperor tasted wonderful drink that same hour he returned to power and drove illness. Well, after that, everything came to be called wonderful drink "growing at the foot of the Phoenix" - Hairdryer Chuan Dan Cong.

3. There should be a second
Had a few disciples of the Buddha: Sariputta, Nagarjuna, Vasubandhu, Padmasambhava, Atisha, Phagmo Drupa, Longchenpa, Tsongkhapa, Gampopa, Nichiren, but the Buddha was one. It seems to be not quite right, it turns out, thinking mortals, if he Buddha and the Buddha-nature as there are in all, the students and should be called a Buddha? If all these Buddhas, how, in the end, turn to the one who first came to light? What would you limit yourself to indecent assault in relation to the brain, decided to do so: the first is the Buddha, and the others have a second Buddha.

4. Mushroom maker
The origin of life on Earth according to the mushrooms. The entire universe is a mycelium, all that grows from it have fruiting bodies having properties with mycelium. Spores produced by bodies falling into the fertile soil give birth of a new mycelium and so on to infinity. Since life began on Earth.

5. None of the voids
Nothing gives nothing so ridiculous to think that there is that something other than nothing and emptiness. All your movements and actions in this world give anything, the energy at rest is emptiness and nothing. And if you do not, then nothing to worry about?

6. Zen master
Yamaoka Choshu, a young disciple of Zen, visited one teacher after another.
One day he came to Dokuonu. Wanting to show their knowledge, he said:
Mind, Buddha, sensual Existence - they do not really exist. The true nature of phenomena - emptiness. There is no incarnation of deceit, nor wisdom, nor mediocrity. Nothing is impossible to give, nothing can take. Dokuon who calmly smoked, did not say anything. Suddenly he swiped Yamaoka's head. The young man was very angry.
If nothing exists - Dokuon asked - where does this anger?

7. Tooth Fairy Third Reich:
Gave all the children have lost their teeth - candy. The process of exchanging sweets on the teeth was irreversible, leading to the fact that Germany had lost the war.

8. ... and all!
A short course of survival on this planet is over