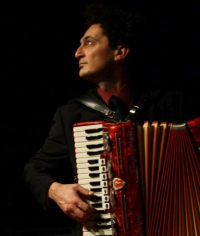 Birds On The Snow

MeDo's Little Trap is a project create in 2010 by the composer Domenico Mannelli (born in 1979). The idea was to create a container in which the italian musician could challenge himself in creating experimental pieces in complete freedom, combining electronic music, classical music, pop and rock. Thus in 2011 the Ep "Medicine Sound" that was released by La Bel in 2012. In 2013, the MeDo project was put on standby and Domenico focused mainly on writing a repertoire of italian classical songs. In 2014 he moved to Denmark (where he still lives) to work as a composer with the international theater company “Altamira Studio Teater”. Just from Scandinavia, MeDo's Little Trap resumed its activity, creating, in the cold winter 2017/2018, "Birds on the snow".