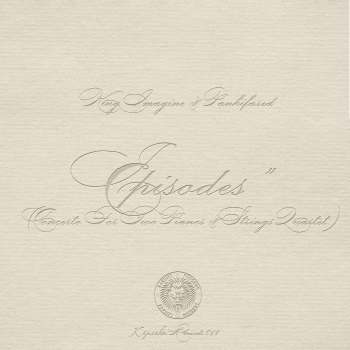 «Once I was chatting with Alexey Micrukov on the Internet and he accidentelly asked me about collaboration with 2 midi-keyboards." That was the beginning of creation of "Episodes". Set up was pretty minimalistic so it did not take much time to plug in keyboards, sound cards and speakers. Alexey had an Evolution MK-249C USB MIDI Keyboard and I had an old Cassio, however with dynamic keys, full octave keyboard and pedal! Alexey suggested a great direction. The idea was to mix modern classical music with minimalism, avant-garde, dodekaphonia to make recording interesting for wide range of music lovers.»