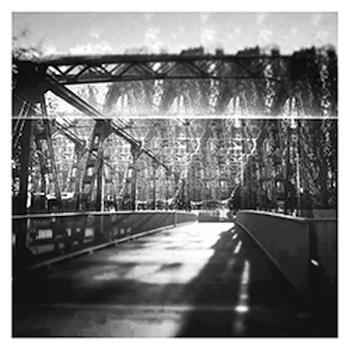 Lorenzo Olivieri aka Counterfly, the latest member of our Broque family, is just 20 years young but appears to have inhaled music in all its flavors for his entire life, with a specific taste for jazz as well as electronic music. On his debut release he combines these influences in a way which is as multilayered as it is well-balanced, to an extent which you’d expect from experienced and highly talented artist of the likes of Kieran Hebden (aka Four Tet), but which surprises when shown by newcomer on his debut EP.

“Glazed”, the EP title track neatly summarises the organically swinging sound of Counterfly by bringing together D’n’B-like funkyness, jazzy vibes, vocal snippets and atmospheric deepness and turning it into a timelessly elegant tune. Being a self-educated jazz drummer, guitar and piano player gives all tracks a very natural and organic feel on top of the often broken beat arrangements. But the immaculate timing and sound design is what gives Lorenzo’s tracks a hard-to-find level of maturity and narrative depth, which turns a bag of complex layers into wonderful stories. Stories, which tell of the hustle and bustle of the inner city, emotional rides between London and Berlin or dead squirrels in Italian forests, but also of Lorenzo’s influences in between Debussy, Luke Vibert and Dabrye. And that precisely is Lorenzo’s most significant talent: to weave such disparate atoms into engaging and emotional narratives.